Her Life in Print 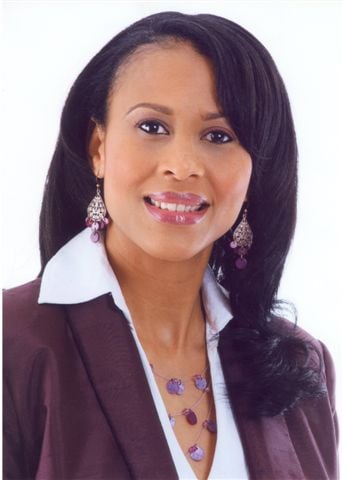 Michelle Singletary is a nationally syndicated columnist for The Washington Post. Her award-winning column, "The Color of Money," is carried in over 100 newspapers and provides insight into the world of personal finance.

The column won Best in Business for a series that ran in 2007, received an award from the Society of American Business Editors and was even nominated for a Pulitzer just a year after its first appearance in The Post.

She is the author of three books, “The 21 Day Financial Fast: Your Path to Financial Peace and Free,” published by Zondervan, a HarperCollins company; “Spend Well, Live Rich: How to Live Well With the Money You Have” (Random House) and “Your Money and Your Man: How You and Prince Charming Can Spend Well and Live Rich” (Random House).

In 2006 “Your Money and Your Man" was a finalist for “Books for a Better Life," which honors the best self-improvement books of the year. This highly regarded award promotes the importance of a large and fast-growing segment in the book publishing business.

The judges wrote, “Michelle Singletary's work illustrates a range of writing that's both approachable and explanatory.”

Michelle has also written for the flagship “O Magazine,” and even replaced Suze Orman as the personal finance columnist for the quarterly spinoff, “O at Home Magazine.”

On the Silver Screen

After hiring her to host a one-hour special that aired on WNED-TV Buffalo/Toronto and other PBS stations in 2012, Donald K. Boswell, president and CEO of WNED, had this to say about Michelle:

“When Michelle Singletary was featured in the WNED production ‘Your Life, Your Money’ (2009), we knew her sage financial guidance warranted its own distinct vehicle for presentation. WNED is pleased to have worked with Michelle to create this national special for public television. Her sound advice is both engaging and empowering.”

Apparently he wasn’t the only one impressed.

Michelle has appeared on all three major television networks, NBC, ABC and CBS. The Oprah show, NBC’s “Today Show,” CBS’ “The Early Show,” “Nightline” on CNN, “The View,” “Meet The Press,” the “Travis Smiley Show” on PBS and other national shows have all called upon Michelle’s financial advice at one point or another. And her television career only continues to grow.

After hosting her own nationally televised show, “Singletary Says,” in addition to a personal finance special that aired in 2008 for TV One called, “Real Estate Realties: When the Boom Goes Bust,” which chronicled how the real estate crisis impacted the African-American community, she moved on to ABC’s daytime talk show, “The Revolution.” Her weekly segments give viewers a chance to learn about her personal finance solutions and better manage their finances.

In addition to her televised appearances, Michelle can also be heard loud and clear on AM and FM sound. She’s been featured on National Public Radio’s afternoon program, “Day To Day,” and currently contributes to NPR’s “Talk of the Nation.”

Michelle is frequently asked to appear on local and national radio programs including the “Diane Rehm Show” and “The Yolanda Adams Morning Show.”

In Her Spare Time

Prosperity Partners Ministry program, which she founded at the First Baptist Church of Glenarden. Here women and men who handle their money well volunteer to mentor others that are experiencing financial difficulties.

Michelle also started a prison outreach program where she and a group of volunteers regularly hold workshops to teach soon-to-be released male and female inmates how better manage their money.

In 2010 she was named Ministry Leader of the Year at the First Baptist Church of Glenarden for the direction of both programs.

In 2009 Michelle was selected to receive the Distinguished Alumni Award from Johns Hopkins University. She also received the 2009 Matrix Award for Professional Achievements from The Association for Women in Communications. In 1994 she was awarded a fellowship by NABJ to write about small, women-owned businesses in West Africa. While in Africa, she covered the 1994 election of Nelson Mandela and shared the lead story on Election Day with the Post's foreign correspondent, writing about a Soweto family's day at the polls.

She is a graduate of the University of Maryland at College Park and Johns Hopkins University, where she earned a master's degree in business and management.

Michelle and her husband currently reside in Maryland with their three children.